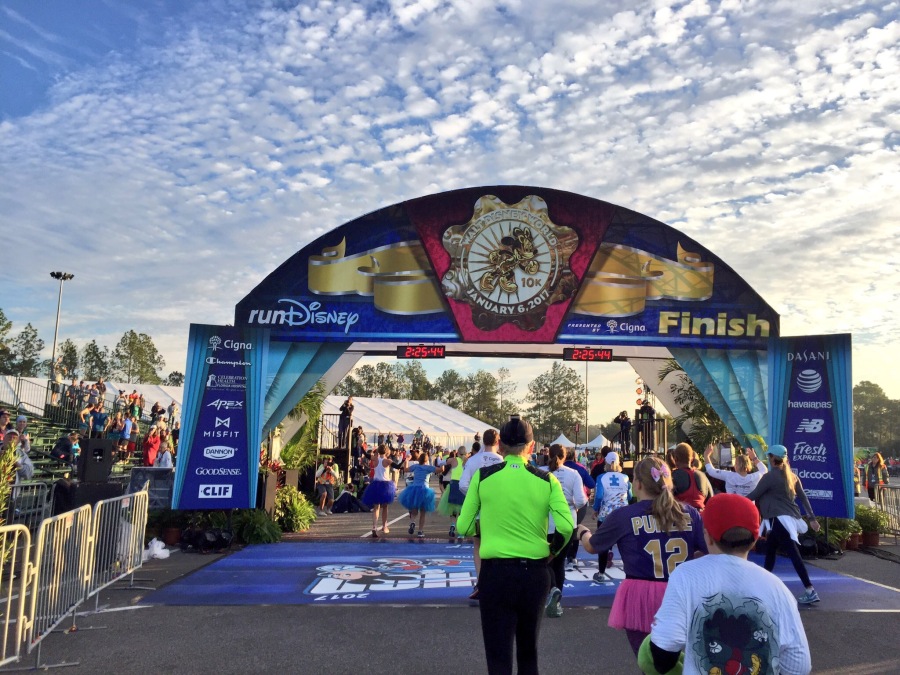 My name is Amara, and this is my training blog. I write mostly about my misadventures while training and traveling for endurance events, like marathons. (I used to train for triathlons and hikes and I hope to get back to those activities eventually.) 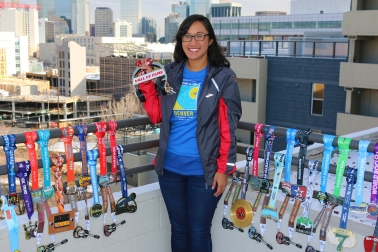 I began blogging regularly when I began running regularly. Yup, there’s definitely a correlation! In February of 2011, I challenged myself to a 21-day running streak, mostly to see if I could do it. Somewhere I had heard that it took 21 days to make a habit stick. I looked around me and most of the successful people I knew all had one thing in common: they all ran. At the time, I also had a friend who had just picked up running, and geolocation apps were all the rage, so being an avid social media user, I gave in to the trend.

After the 21 days were up, I kept running and decided to train for a 5K. Afterwards, I was completely sold on the idea of running and I loved it so much, I plunked down the cash to run my first marathon in Athens, Greece. I was researching races and the phrase “Go big or go home” came to mind. I lived in Los Angeles at the time, and the LA Marathon seemed nice and all, but it didn’t seem like a special, aspirational enough race to train for. I need something far, far away, something worth reaching for, something that would require me to follow through with this goal or to fail spectacularly, so I registered for the original course.

At the same time, I decided that it would be fun to combine my training with some of my other big fears. I’m a big fan of making good use of my time, and since I was already running I figured that I could stack up my events by adding swimming and biking, two other sports that I was terrified of, mainly because I’d forgotten how to do them. I spent the summer of 2011 figuring it out through friends and coaches, perfecting my summer tan, swallowing chlorinated pool water, and face-planting in residential streets. I finished my first sprint triathlon a month before my first marathon.

Since then, I’ve continued running races of all distances. So far my favorite distance is the half marathon. I recently got mixed up in the Dopey Challenge at Walt Disney World, where you do the 5K, 10K, half marathon, and full marathon in 4 days. My most proudest accomplishment was achieving the Rock n Roll Marathon Series Hall of Fame status by running 15 events with them in one calendar year. 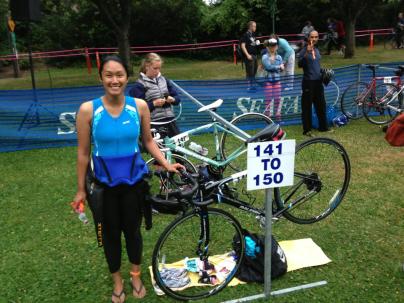 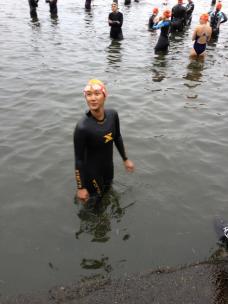 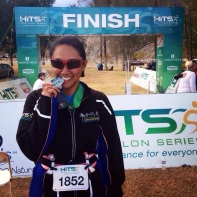 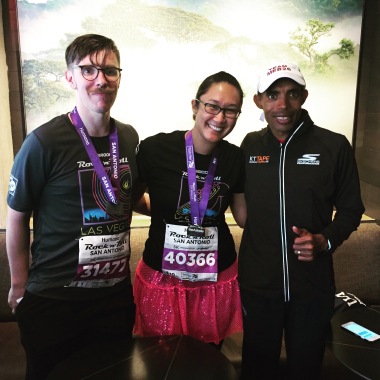 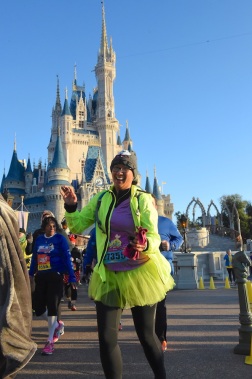 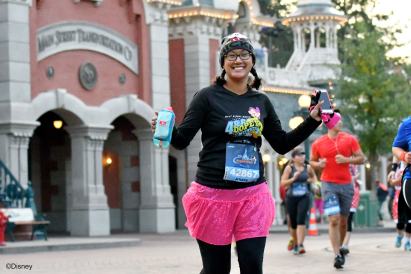 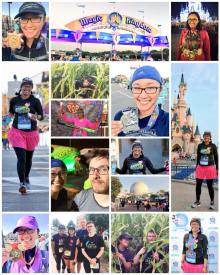 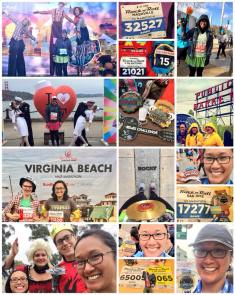 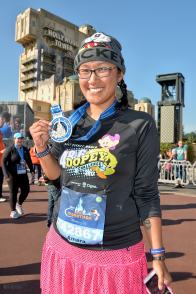 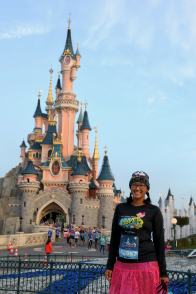 My longest triathlon was a half ironman, even though I was almost trained for a full. I’ve been recently eyeing a 50K. I’ve got a lot of races on my bucket list but I’m mostly happy with all of the places I’ve seen so far in the few years I’ve been racing.

Some people ask why I run. I have a lot of reasons, actually. As I mentioned, it first started out as a challenge. It then grew into so much more than that: 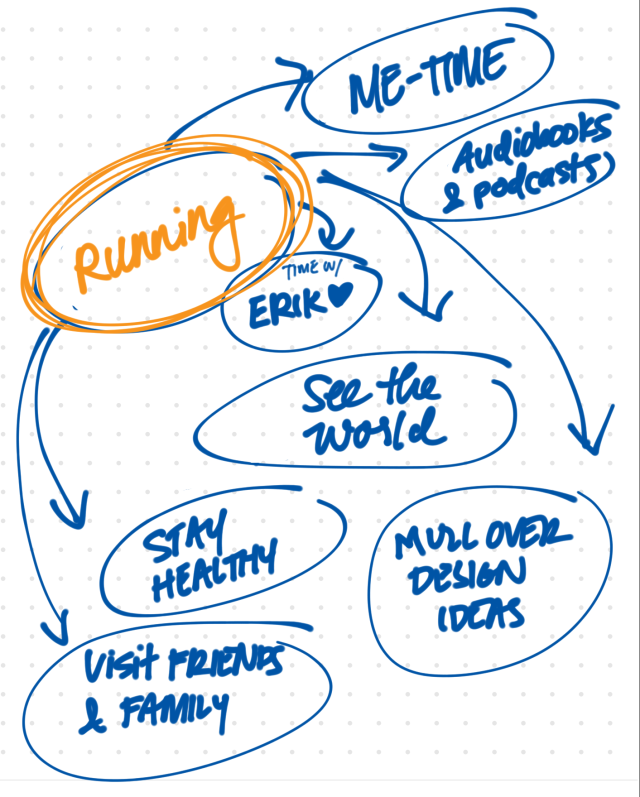 All of these reasons aren’t in isolation though. They all find ways to co-exist and mingle with one another. Being able to see the world helps me with my design work. Being able to visit my friends and family helps me find balance in my personal and work life. Staying healthy allows me to juggle a very full plate of work (and before, school). Because I spend so much time on my feet, I get to listen to audiobooks and podcasts and it allows my mind to travel, even if my body stays stationary on a treadmill. When everything is too hectic, it only takes a difficult run or a long-enough run to quiet my mind. And, best of all, on most days I get to spend it running alongside my significant other.

So, it’s not just about training or running for me. It’s about enabling me to do all of those other things too. I don’t suppose I’ll ever become a particularly stellar runner or that I’ll win any races. Running reminds me to be humble, to take care of myself first, and that the first step is generally the hardest. It also reminds me that there are some things that I’ll always be “just okay” at, no matter how much I put in the work, and that’s okay. 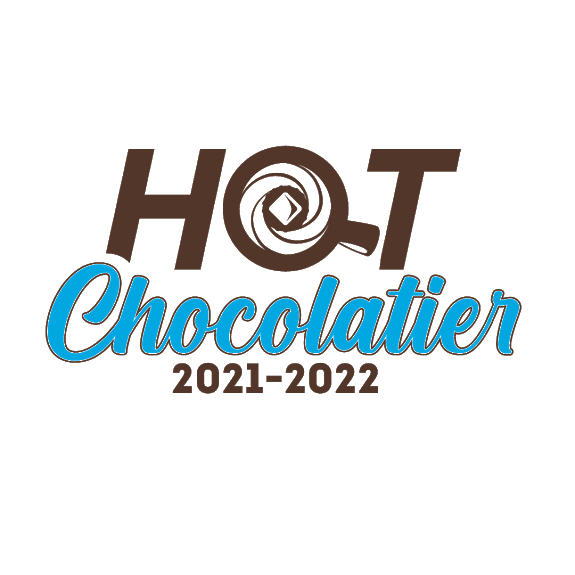 Use code AMARAHC21 for a free gift when registering for any Hot Chocolate 15K or 5K race nationwide!