I spent most of my morning rather exhausted and asleep, not so much from any particularly strenuous physical activity but from mostly the electrical activity in between my ears. Although I’ve been in relatively high spirits as of late — not to mention, relaxed (as my friend kept saying yesterday, over and over) — I’ve been really hung up on my swimming lately.

When I’m not really sure what I’m doing, I have a tendency to sit back and observe. It’s something I do quite well actually — observe and mimic. And, what I’ve noticed is that there are really two types of swimmers at the gym: there are super hardcore swimmers (people who know what they’re doing and can shoot off walls like torpedoes) and then people who spend a LOT of energy with their heads above water and essentially swimming at a 45 degree angle (people like me!). After watching what makes swimmers efficient — staying as parallel as they can with the surface of the water, coming up for air on every third/fourth stroke, exhaling and making room for air in the water instead of outside of it — I tried to mimic it as best I can. Once I did that (last night, as a matter of fact), I had enough air to actually make it to one side of the pool instead of halfway.

Seems like a really silly thing to be down on, but I think in the face of something difficult we all question our abilities a bit. If I can just learn to enjoy it and be in the moment, and to learn from others instead of comparing myself to them, I’m sure I’ll be a much happier camper. I think I was also down on myself a bit since I didn’t make it in to practice on the loose schedule I committed to — twice a week. I think instead of giving myself such leeway I should really just designate days so that I can’t trip up or give myself any excuses.

At some point I think I can be in the moment. With running, I think I feel comfortable enough with it now that I’m not too focused on being tired, hot, sweaty, etc., and I just run. Yesterday, on my 6-mile run, I didn’t break through until mile 3, but when I did it felt great. The last three miles of my run was a complete breeze. I barely noticed the time going by. I was even sad that the run was over! (I suppose I could’ve just kept going.)  However, biking and swimming still requires a lot of concentration for me since I don’t yet feel that I am proficient at it. I am sure when I jump these mental and physical hurdles it’ll be great.

In the meantime, I came across two posts that really inspired me to think about being more mindful while training for the triathlon and less negative. Check them out! The first one is about the Buddhist philosophy on meditation and mindfulness, and a Tibetan lama speaks to how running mindfully can help you improve the mind-body connection. The second one is a blog post by Ryan Hall, a professional runner, and he speaks to the most athletic year of his life in an effort to qualify for the 2012 Olympics.

I know that I do a lot better when I stop listening to myself. Self deprecation is such an easy way out. It’s much harder to challenge yourself and break through. Here’s to less worrying and plan-paralysis and more doing. 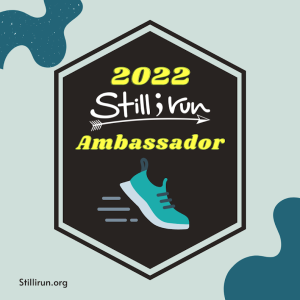