It’s been awhile since I’ve gotten the chance to sit down to reflect about all the change and upheaval in my life over the last year. I finally feel like I’m a point where I’ve settled in to my new city, Denver. I am wrapping up my final WEEK of grad school. Work is all over the place but when isn’t it? Life is moving pretty quickly and I’m getting married in a few weeks, and I’m pretty excited about that.

There has been an intense sense of irony in my move to Denver in that this has been the least active I’ve ever been. I was really excited to move to Denver because I thought I’d get out (as in, outside into the wilderness!) a lot more often, and I’d be able to focus a lot more on my training. That hasn’t quite been the case since I’ve moved here. The first month or so I was able to get quite a bit of time in, mostly because I was here a month before I was set to begin working and before Mr. was permanently moved in. I spent that month detoxing from prior work stress, only to slide in to another rinse-repeat cycle. It has since been compounded and relieved a few times over, mostly due to the ebb and flow of my work and the types of opportunities come my way. I’m trying my best not to overcommit but it is easier said than done.

That said, I am really looking forward to striking a better balance between all of my competing priorities. When grad school took over the scene, a lot of my training time disappeared. How, with grad school practically out of the picture, that should open up a little more time for training. The amount of training I’ll be able to do will depend on how much teaching work I’m taking on outside of my normal 9-5 (if you can call it that). I think that this is the typical story of the average adult though — we all have aspirations, and we’re all overextended. No part of this struggle makes me particularly special. However, in articulating this, I hope to find some sort of clarity in how I’ve structured my time and how I will go about my training in the future. I’ve failed miserably at having a regimented schedule, and I’ve also failed when having nothing on the calendar too. What’s seemed to have worked in the past is a mix of having a goal, having a semblance of a plan, and having some wiggle room along the way for training augmentation, rewards, rest, and the like.

What I’ve found to be the biggest barrier to my training over the last two years since I’ve been in grad school, and while exiting my position in Seattle, and while launching my first product at my current job and now working on the second launch, is that the cognitive stress from my work really does take a physical toll on my body and my energy level. I’ve spent countless weekends trying to recover from them. It feels very similar to having raced without the proper amount of training. I have the mental strength to pull myself through those prolonged periods of stress but it’s in no way healthy to continue to do so.

There are a few changes that I am making…

For one, I’ve switched out the domain — from Ironwoman in Training to Amara in Training. I’m not quite sure if I’ve completely shelved the idea of completing an Ironman. At the moment it’s hard to fathom being able to find the time to commit to that kind of training again. I don’t necessarily feel that my window has passed, but perhaps my motivation has. Maybe it’ll one day return. Nonetheless, the domain address didn’t seem as fitting anymore, so I switched it out to something that was a little more enduring. It seems as though I will always be in training, so this one seemed to have fit the bill.

Second, I’m on day 13 of a 21-day run streak. (I had to take one day off this weekend because I was at the height of my cold, unfortunately.) My goal has been to get at least 30 minutes of running in a day. I’ve identified a lot of false obstacles in my way, one in particular being a HIIT gym schedule that I try to adhere to. When I haven’t been able to make my classes, I tended to write off that day completely. Now, I’ve been prioritizing my runs and I haven’t been trying to schedule any days at the gym. (A part of me is still torn about whether or not to keep the membership, but that’s another discussion completely.)

Third, I’m trying to be somewhat more conservative with my race calendar. I’ve historically registered for lots of races up front, only not to make it to the start line for a myriad of reasons. By being a little more methodical up front, I think I can probably save myself a lot of money and a lot of disappointment. I’ve committed to a fairly large goal in early 2017 — the Disney’s Dopey Challenge — so there will be plenty of warm-up races and training pains to discuss! 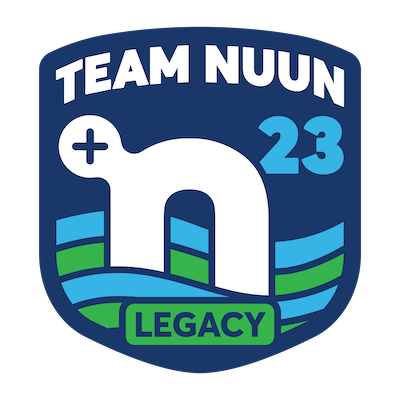 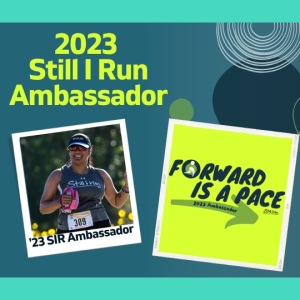