This is my third time running the Rock n Roll Denver half marathon. However, this was the first time I didn’t live a block away from the start line!

Over the weekend, I received a lovely nuun shipment! I added a few extra flavors to my standards: watermelon and tropical fruit. Together, they taste like Hawaiian Punch 🙂

I headed over to the expo, where I enjoyed my photo up on the Hall of Fame banner again. Only a few more races before it will be taken down! There were some great vendors, my favorite being Quorn (the makers of vegan “meats” and roasts). I’ve used their vegan ground beef in my spaghetti, and have had roasts for Thanksgiving. It tastes great…even my omnivore husband likes it. I was able to grab lots of free bags of food because I was finally at an expo near my house! Afterwards, I carboloaded at a pho restaurant.

It is so luxurious to be able to sleep in my own bed before a race. I slept pretty well. We woke up so very early and drove to downtown, about 10 minutes away. I arrived when it was still dark and chilly. I couldn’t decide between jacket or no jacket — a forever inner conflict with me. The sunrise over Denver was gorgeous. The skies looked like rainbow cotton candy.

The start was chilly, and wound through downtown. The course seemed mostly the same as the last few years, so I knew what to expect. In downtown, the tall buildings cause a lot of wind tunnels, so I definitely kept my windbreaker on. I passed by all the familiar restaurants and shops, and even passed by both of my offices — the university and my full-time work office. It was refreshing hurrying around town for a race, rather than for actual work. By the time I came around to the first few miles, the elites were already past mile 5!

The longest part of the race is the part that is outside of downtown. You essentially run out to City Park and then back. I don’t really like this part of the race. I am more of an urban scenery runner. That’s what I loved Rock n Roll Chicago. Parks are great and all, except for race…or maybe just this race. It just seems like there are so many other great things to see in Denver except a long residential street and a park!

I tried to get a photo at the Denver park sign but the photographers and volunteers were busy talking amongst each other…so a selfie will have to do. After the turnaround point, it’s a pretty quick shot back to Civic Center Park. The finish line was sweet. I was ready to eat! Lucky for me, I was with friends, so they even cheered me in. I was also lucky as a back-of-pack runner, because all of the vendors were getting ready to pack up and leave. When that happens, they usually try to give out loads of goodies, rather than rationing out their swag. We left with a considerable amount of Peet’s Coffee…I’m still working through them two months later.

Even though this race is not visually interesting, I will always want to do this race each fall…It’s convenient, reliable, and local! 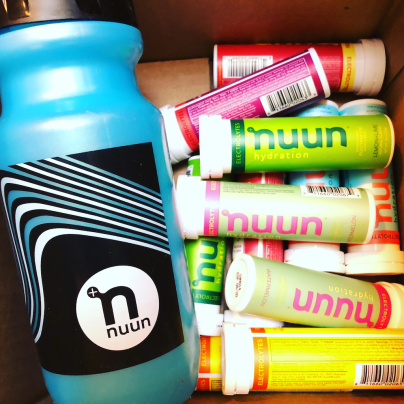 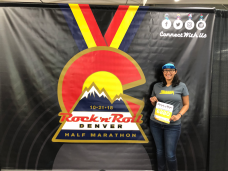 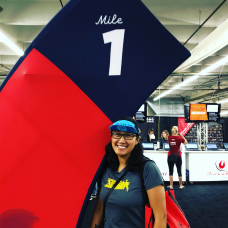 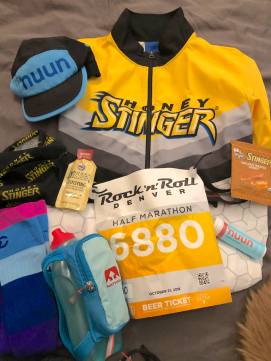 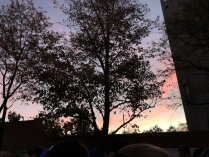 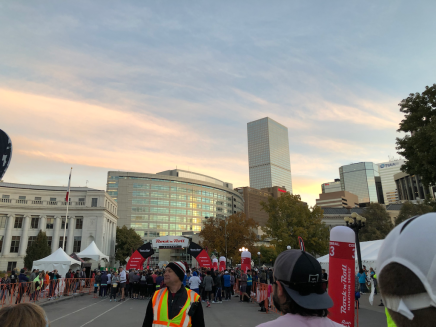 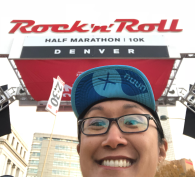 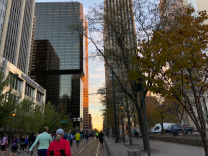 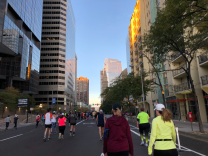 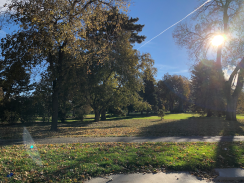 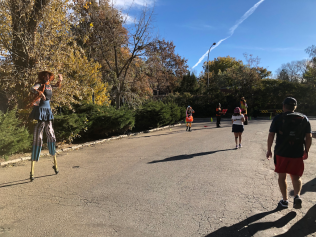 I will always have to come back for this dessert (Moroccan mohalabiya + sweetened mint tea) ❤️
One week ago, I ran the Doha 10k in torrential rain after a 17 hour flight...I’d probably do it again! #teamnuun #hshive #runnersofinstagram
The only appropriate photo for the caption “stacks on stacks”