Hooray! This was my first race after I learned that I was pregnant. I was super excited to be one of those running mamas. I had big plans to race at least once a month while pregnant, no matter how short the distance. I was inspired by some of the other pregnant moms in the Women for Tri community. I wasn’t comfortable enough to commit to any triathlons, though. In fact, I withdrew or deferred every single triathlon I could, just to be safe.

I traveled to New Mexico for this race. I welcomed the arid desert climate, with its consistent lack of coverage. It was so clear and sunny for miles. I ran the race with a couple of great running friends who graciously hosted me for the weekend. It was so nice to be pampered! They had lots of questions about the pregnancy and seemed pretty excited to be uncles 🙂 They asked what felt different about being pregnant, and all I could answer was that I had to pee every ten minutes. Cravings had not really hit yet.

I had been going to Orangetheory and had read up a lot on how to train while pregnant. A lot of the information I got was more about second and third trimester training. However, I wanted to be as cautious as possible. A few of the coaches said not to exert myself…so nothing over zone 3. I wore my heart rate monitor consistently and watched out for spikes in my pulse. I also did so at my race. I’m glad to report that even though I was on my feet for a significant amount of time, I only got into zone 4 once or twice.

For the race, there were two different starting positions for the half marathon and full marathon. The race had shuttles to the start line. You could see Shiprock from almost anywhere in this portion of the Navajo reservation. This truly felt like a unique race, one with a lot of history.

I was really excited for a new race and state to add to my list. If I had the means, I’d come back and run this race every year. This was also technically baby’s first half marathon too, so I was very excited. The course support is great. The route is also great. There are aid stations at every single mile. This was very helpful for me because my goal was to not overheat and to use the bathroom anytime I saw a porta potty! Partway through the race, I had a nice chit chat with another woman. She was struggling in the heat and said that she didn’t train as much as she should’ve. Even despite that, she still felt like she should take in her medicine.

It was an interesting sentiment, to believe that running could comfort you in medicinal ways. I kept that in mind as I ticked off the miles. The sun at this point was blazing hot. I reapplied sunscreen multiple times and made sure to take in electrolytes as much as possible. I could not risk overheating or getting dehydrated. My hands started getting poofy. Thankfully I had taken off my wedding ring before the race. 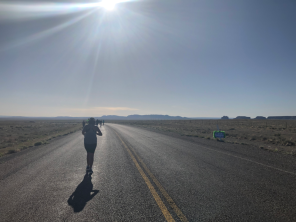 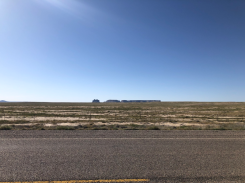 When I neared the finish, I was ecstatic. Baby and I completed our first half marathon together, and I didn’t melt from the heat! I was so proud of both of us. I started mentally preparing my race/pregnancy announcement with all of these photos.

It would soon turn out that in three weeks time, I would be miscarrying.